The original series of Star Trek had no ground forces.  The vision was that the ships of the fleet would explore and enlighten.  Of course, the universe is a nasty place and many Security Officers went out and proved it.  The first real use of actual military forces – ship borne infantry – was the MACO team assigned to the NX-01 as a support group and they proved their worth.  Military Assault Command, Operations evened the odds and settled the score on numerous missions under Archer’s command.  They became a valuable part of the fabric of Star Trek and they remain so in STARFLEET today.

The commander of the MACO unit aboard the USS Nomad (the 1725th Special Operations Unit, the Berserkers), currently is ship’s Captain Ehl.  An experienced, decorated officer, he is training a replacement as duty has called him to a more senior position as RC for our area.  He’s not leaving the ship, but a wise officer knows that to be effective, you can’t be stretched thin.

Most of the MACO contingent aboard hold their position as reservists – ready to act when duty calls – though you can be a full-time MACO if you so desire.  As full crew members in both services, they answer that call for charity, comradery, and service, because that’s really what STARFLEET is all about. 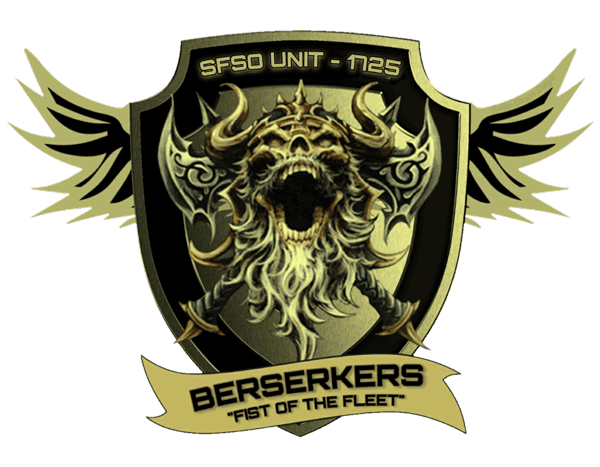 ENROLL WITH THE BERSERKERS

Perhaps there’s no reason to join the MACO.  But it adds something to the enjoyment of the club for some people.  You don’t have to have served in the military, there are no special requirements other than being a member in good standing of STARFLEET.  You join because it adds a dimension to the fun – new terms of reference, new uniforms, new ideas, and new friends.  The strength of the Star Trek universe has always been its diversity and this just adds more.  There are dedicated courses at STARFLEET Academy for the S.O.U. members that allow them to gather the knowledge needed to be a member and participate more fully in the experience.  But, again, it adds to the enjoyment of the club for its members.