Space Science in my Backyard Episode 2

Space Science in my Backyard Episode 2

The National Research Council’s Algonquin Radio Observatory (ARO) is one of two major radio astronomy facilities in Canada where scientists study the sun, stars and distant galaxies in wavelengths beyond those of visible light.

Begun in 1959, the Observatory is situated deep in Ontario’s Algonquin Provincial Park, away from manmade interference. The site contains a collection of instruments designed for research in several phases of radio astronomy: an array of 32 parabolic reflectors, each 3m in diameter, scans the face of the sun every noon; nearby, a single 1.8 m dish monitors the whole solar disk at a wavelength of 10.7 cm; standing above these is the giant 46 m dish, built-in 1966, to study radio sources far out in space. 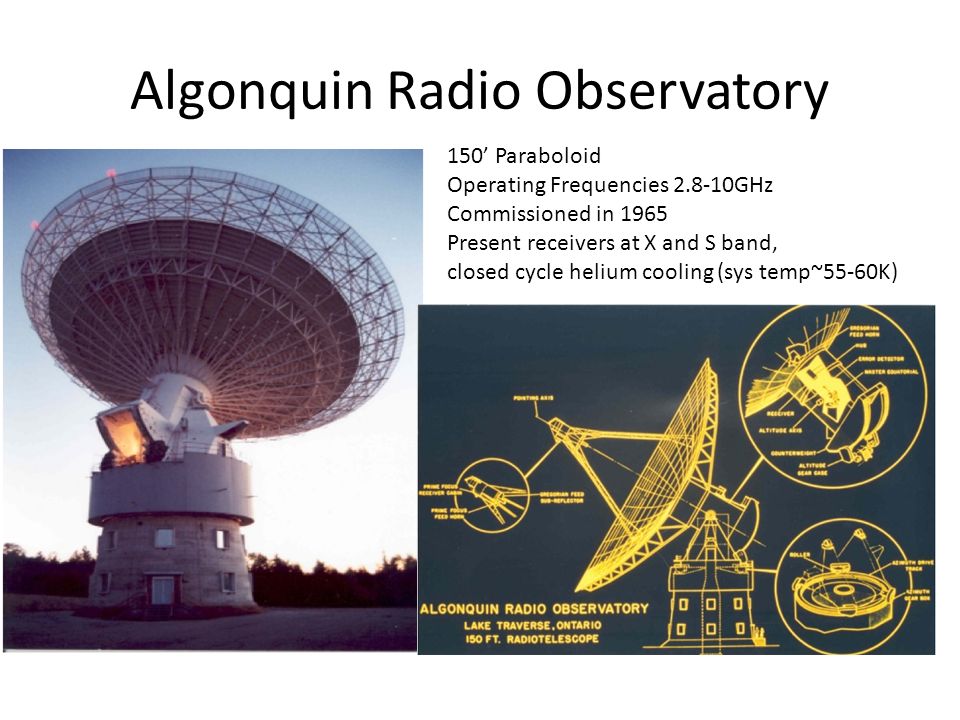 What has radio astronomy found? 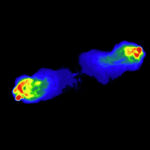 Although stars are normally too distant to be easily detected at radio wavelengths, the sun’s proximity makes it the strongest natural radio source seen from earth. Solar observations carried out daily at ARO have acquired worldwide recognition as one of the most valuable indicators of the level of solar activity. More than 30 years of continuously collected data have provided a unique body of information for solar astronomers. Combined radio and optical records provide a better understanding of such phenomena as sunspots, solar flares, prominences and solar wind. 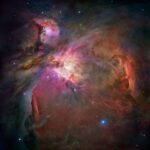 Although few “adult” stars emit enough radio energy to be detected , the birth and death of stars are of interest to radio astronomers. Space is not an empty void and a great deal of matter, in the form of clouds of gas and dust, is strewn between the stars. Portions of these clouds that are large enough and dense enough may begin to condense, contracting into protostars. Within the protostar, increasing temperature and pressure eventually ignite the nuclear furnace in the core – and a new star is born. Radio waves pass easily through the clouds, providing radio astronomers with an opportunity to study the events leading to star formation. 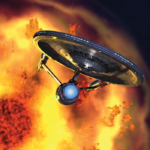 After some stars reach the end of their lives burning nuclear fuel, they collapse and explode in one of the most spectacular events witnessed by astronomers – supernova explosions. These produce churning clouds of stellar matter, sometimes seen by optical astronomers as wisps of glowing gas. Many are invisible, but radio telescopes can portray their extent and characteristics from emissions generated by excited atoms within them. From these studies, astronomers can determine a star’s makeup before it collapsed, the forces involved in the explosions, and how matter reacts under such stresses.

Although optical telescopes only show dust clouds within our Galaxy as opaque silhouettes, radio astronomy reveals the physical and chemical properties of the masses of cold matter drifting among the stars. Within these cool mists of dust and gases, shielded from harsh stellar radiation, hydrogen, oxygen, carbon and nitrogen have combined into complex molecules. As they move about within the cloud, the molecules emit signals received by radio telescopes, such as ARO’s 46 m instrument. In collaboration with spectroscopists at NRC’s Herzberg Institute of Astrophysics, astronomers at ARO first detected a number of the more than 50 kinds of chemicals now known to be drifting in interstellar clouds. Among these are the heaviest yet found in space – molecules larger than some amino acids, the building blocks of life. The radiation from these chemicals provides important information about the nature of these clouds. 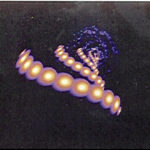 Scientists at ARO are enlarging the known picture of the magnetic field of our Milky Way Galaxy. Recent studies detected a new phenomenon – “bubbles,” or cavities – within the magnetic structure. The presence of these hollows is refining existing knowledge of the shape and strength of the field surrounding our Galaxy and helping to clarify the structure of the spiral arms of stars in our Galactic neighbourhood.

Magnetic studies are also being conducted on other galaxies. These distant objects, vividly portrayed in photographs taken with optical telescopes, frequently contain secrets radio astronomers can uncover. Analyses of their fields show the effects of massive companions. The Milky Way’s circular magnetic field is typical of isolated galaxies, but when a galaxy is paired or in a close-knit group, the field lines tend to follow the form of the spiral arms. 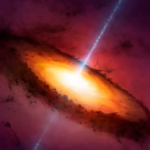 Some distant galaxies cannot be seen optically but are “visible” to radio telescopes. But the longer wavelengths of radio signals make it difficult to produce highly detailed images of these objects. Special equipment and techniques are used to overcome this problem. Taking advantage of Canada’s vast breadth, radio astronomers have pioneered a technique known as long-baseline interferometry. Simultaneous observations of distant objects from widely separated sites can greatly improve the detail of the image. The techniques pioneered by long-baseline interferometry have led to a plan to build a nationwide network of radio antennas. If constructed, the Canadian Long-Baseline Array would enable astronomers to expand their knowledge of the universe through radio imaging. The network would have resolving power equivalent to that of a radio telescope equal in size to the width of North America.

The technique of concurrent measurements by widely separated telescopes has brought radio astronomers to work with what would appear to be a totally unrelated discipline – geophysics – to test theories of the movement of the earth’s crust. Linked by very accurate clock systems, a series of observations of radio sources allows researchers to assess the direction and magnitude of crust movement. 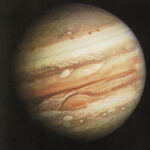 Our companions in the solar system planets, asteroids and comets emit waves detectable by radio telescopes on earth. These signals reflect temperature variations on planetary surfaces or within their atmospheres. From these radiations, composition and structure of the atmospheres and surfaces of other members of the solar system can be assessed.

Radio astronomy requires close cooperation with industry. Electronic “noise,” for example, which can impair the sensitivity of receivers, is not completely blotted out by the Observatory’s remote site. The equipment itself produces unwanted signals, which must be substantially reduced to avoid swamping incoming ones.

Maintenance and improvement of all installations require a highly trained continuous “on-board” staff capable of designing and building new components or working with industry to develop new technology. 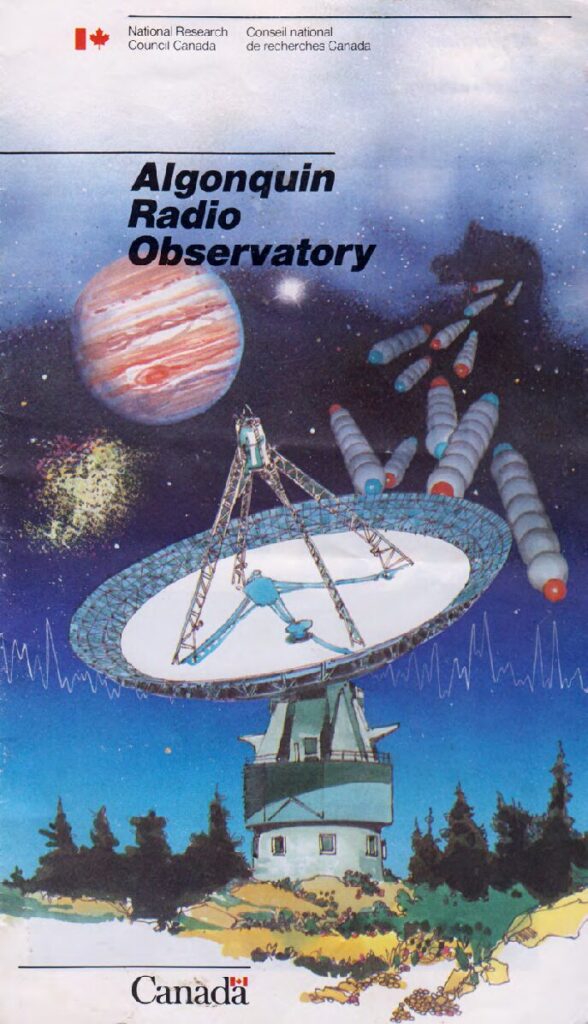 ALL HANDS, THIS IS THE CAPTAIN!

On behalf of myself and the command staff, I would like to welcome you to the ranks of the USS Nomad, a chapter of STARFLEET, the international Star Trek fan group. I am looking forward to working closely with each of you. Our plans have always been to make this a community service organization filled with people who love Science Fiction. To that end, we would love to see you participate over social media or at live events.

SEARCH ALL THE LOGS